Ren’Py is mostly a visual novel engine that has been quite popular lately in the adult gaming industry. Developers sometimes… 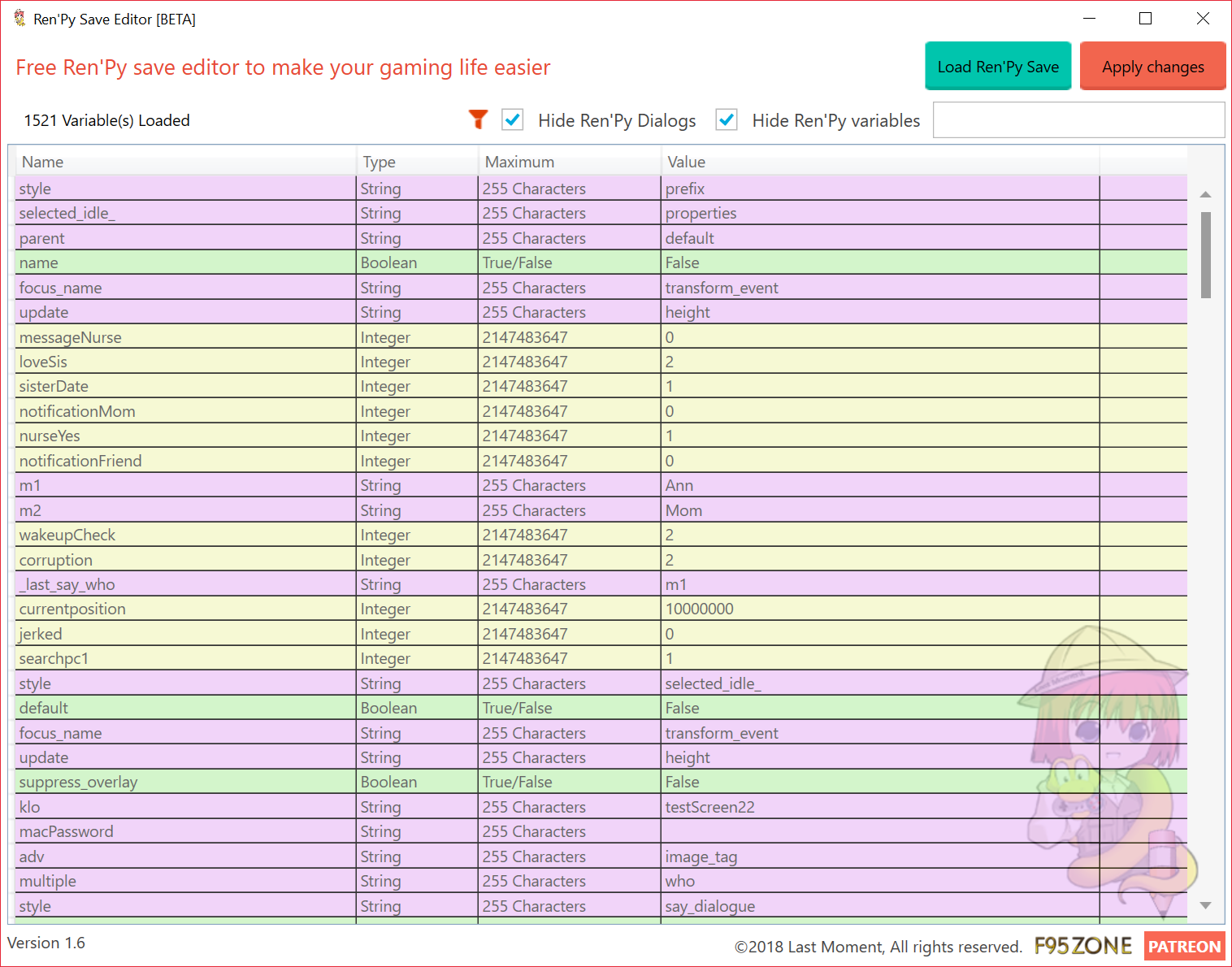 Ren’Py is mostly a visual novel engine that has been quite popular lately in the adult gaming industry. Developers sometimes add unnecessary grind, stats, and currency to extend their games. Some people like me mostly enjoy a tame amount of grind but there are also people who like to only enjoy the story and characters. For them, the grind can be tiresome. There are also some developers who are notorious for making their game a grind fest. So to fix these problems, you need something that can manipulate the parameters and eliminate the grinds. If that is the case, a Save Editor is a very good tool for you. If you know some console commands then you can do that as well.

For Example, if you dont want to grind in-game money in a Ren’Py game, you can use the Save Editor to add as much money as you want in your in game walleto, increase stats of your character etc.

A forum user named Last Moment has created a tool that can easily edit your Ren’Py save files. It works fairly well for Ren’Py visual novels.

This site uses Akismet to reduce spam. Learn how your comment data is processed.